The Royal Academy and the British Museum, London

Monday and off to Town.

I'm so glad that I made a commitment to a friend to see these exhibitions with her. I find it only too easy not to make the effort to get up to London, too much hassle with trains or parking (I know, I know!)

First stop the Royal Academy. Since 1867 Burlington House has been the home of The Royal Academy, it's a magnificent listed building at the heart of London’s West End. And it looks impressive even on a cold, grey and wet Monday morning.

Then on to the British Museum. Both these exhibitions are worth seeing, but I especially enjoyed the Egyptian Book of the Dead - fascinating! 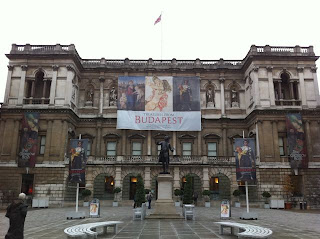 Ceiling rose in the entrance lobby 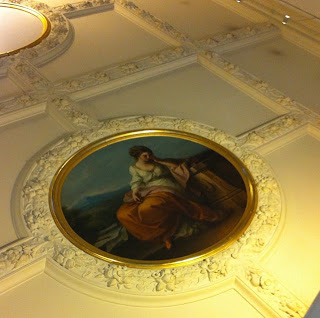 No photography is allowed at the exhibition, this means I cannot show you much. You'll have to imagine the qualities of their work such as expressive brushwork, bold colour and decorative design or visit. For more details take a look at the website. 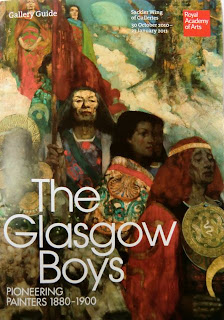 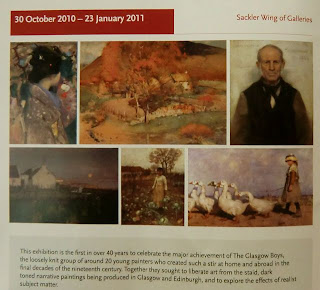 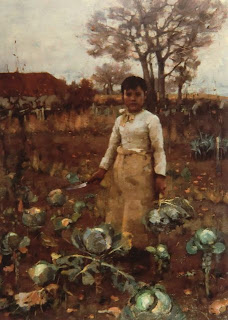 The British Museum and - A Journey through the afterlife. Ancient Egyptian Book of the Dead.


Again, photography's not allowed. Which means the images I can show you are from a couple of books I bought.


Spells for eternity, The Ancient Egyptian Book of the Dead, which although not the exhibition catalogue (quite expensive £45!) is informative and covers a lot of what's on show, and Food Fit For Pharaohs um mm not sure there is much reference material for this!? 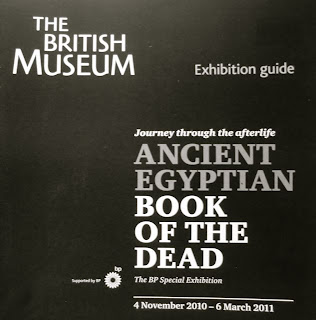 The Book of the Dead gave the dead person the knowledge and power to travel through the netherworld and enter the afterlife. The ritual of the Opening of the Mouth performed on the mummy of Hunefer, shown supported by the god Anubis (priest wearing a jackal mask). Hunefer's wife and daughter mourn. 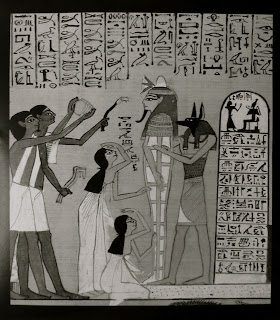 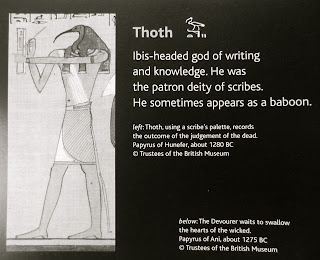 The Book of the Dead made for Nesitanebisheru (who died around 930 BC) is over 37 metres long (really!) and is the longest known example. In the early 1900s it was cut into 96 separate sheets to make it easier to study, store and display. It contains a very large selection of spells, written in a precise hieratic hand and illustrated with exceptionally fine and very beautiful line drawings. 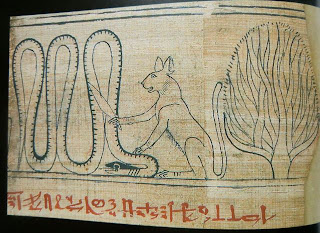 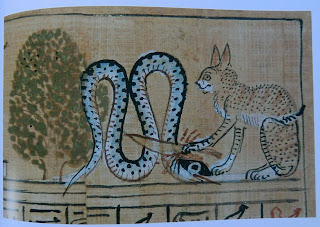 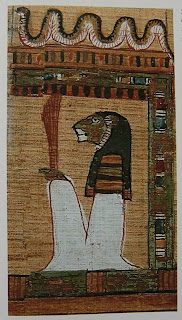 While not the oldest of papyri on show, it has the most wonderful, deceptively simple ink line drawings. Judgement scene from the Book of the Dead of Nesitanebisheru. 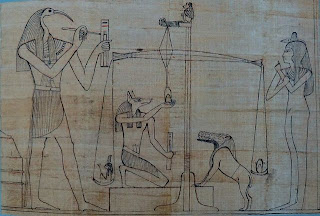 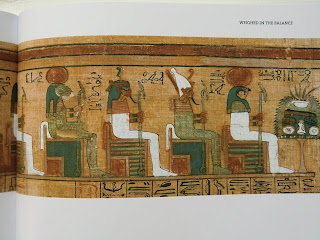 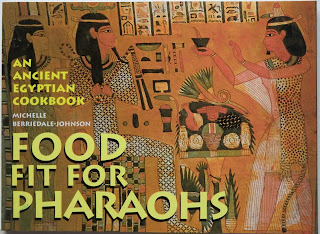 Although they left no recipe books, we get an idea of what they ate from the wall paintings and offerings in their tombs. Ancient Egyptian houses were simple, so it's fair to assume their cooking facilities were also simple.


Ice cream!!? in the days before freezers. . . . a bit of artistic licence maybe. 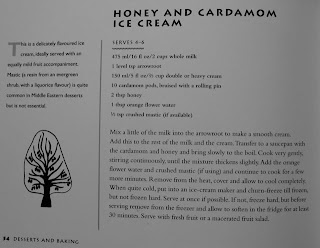